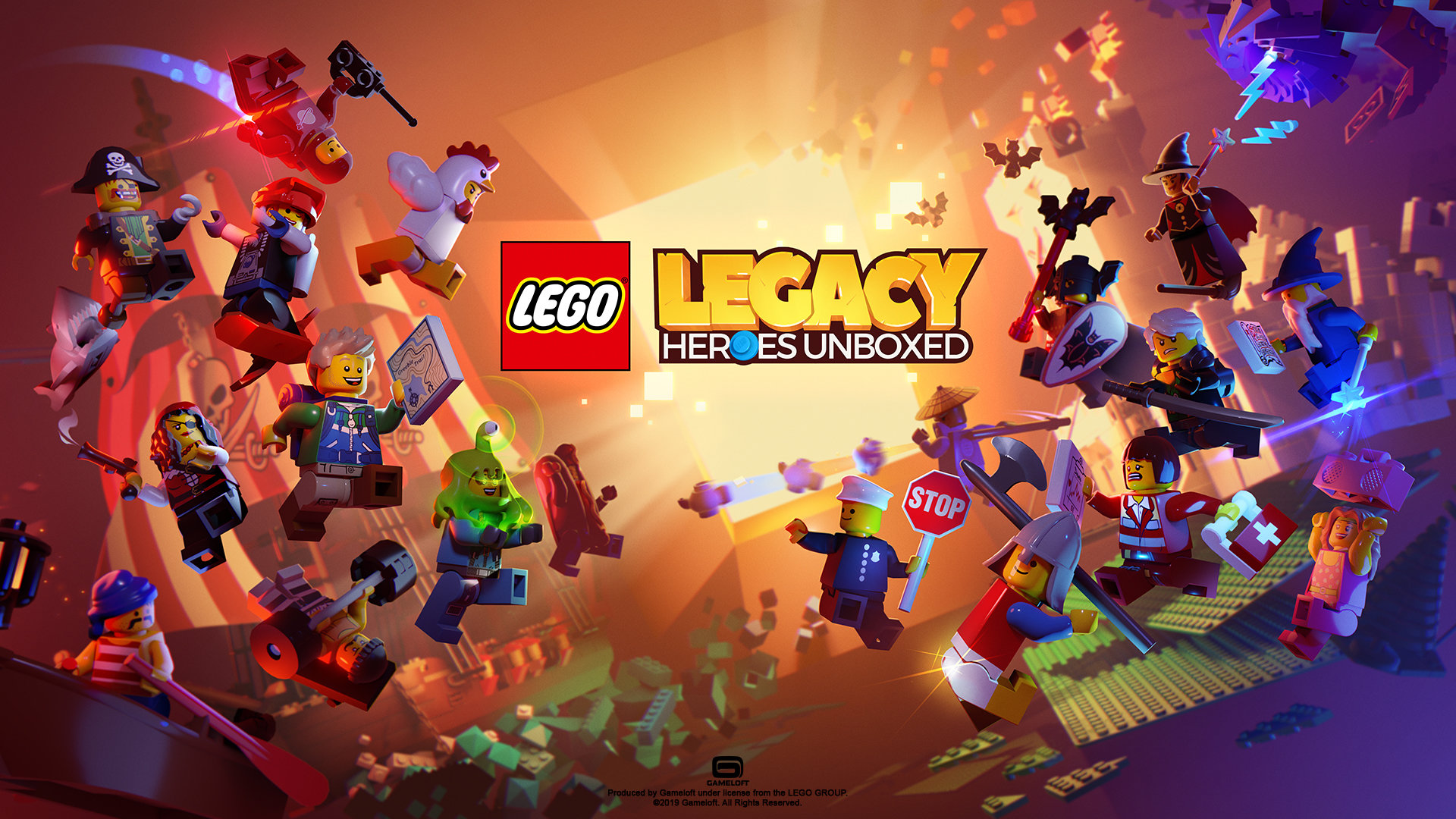 Gameloft® Unveils a New Gameplay Trailer For The Occasion

Paris, August 21st, 2019 – Gameloft, one of the world’s leading publishers of mobile games, today announced that pre-registration is now available for LEGO® Legacy: Heroes Unboxed. LEGO fans and battle-RPG lovers can now visit LEGOLEGACY.com to learn all about this new mobile game gathering 40 years of LEGO minifigure history and universes.

In LEGO Legacy: Heroes Unboxed, players will collect classic and modern LEGO minifigures and sets, form a party and engage in epic and fun team battles and adventures. The game will feature iconic, fan favorite universes from yesterday and today, recreated with incredible detail to please players of all ages. The new gameplay trailer unveiled today offers a sneak peek of what will come out of the box.

Fans that pre-register will be rewarded with in-game currency and gems when the game launches globally this Fall. In addition, pre-registered fans will be able to vote for their minifigure of choice between Hot Dog Guy, Blacktron Dwayne and Darwin. The Minifigure with the most votes will be gifted in-game at launch!

Leader in the development and publishing of games, Gameloft® has established itself as one of the top innovators in its field since 2000. Gameloft creates games for all digital platforms, two of which are featured in the “Top 10 iOS Games by All-Time Worldwide Downloads” from App Annie. Gameloft operates its own established franchises such as Asphalt®, Dragon Mania Legends, Modern Combat and Dungeon Hunter and also partners with major rights holders including Disney®, LEGO®, Universal, Illumination Entertainment, Hasbro®, Fox Digital Entertainment, Mattel®, Lamborghini® and Ferrari®. Gameloft distributes its games in over 100 countries and employs 4,600 people worldwide. Every month, 98 million unique users can be reached by advertisers in Gameloft games with Gameloft Advertising Solutions, a leading B2B offering dedicated to brands and agencies. Gameloft is a Vivendi company.

All trademarks referenced above are owned by their respective trademark owners.

About the LEGO Group

The LEGO Group is a privately held, family-owned company with headquarters in Billund, Denmark, and main offices in Enfield, USA, London, UK, Shanghai, China, and Singapore. Founded in 1932 by Ole Kirk Kristiansen, and based on the iconic LEGO® brick, it is one of the world's leading manufacturers of play materials.

Guided by the company spirit: "Only the best is good enough”, the company is committed to the development of children and aims to inspire and develop the builders of tomorrow through creative play and learning. LEGO products are sold worldwide and can be virtually explored at www.LEGO.com.

For more news from the LEGO Group, information about our financial performance and responsibility engagement, please visit http://www.LEGO.com/aboutus.

LEGO, the LEGO logo, the Minifigure, NINJAGO, and the Brick and Knob configurations are trademarks and/or copyrights of the LEGO GROUP. © 2019 The LEGO GROUP. All Rights Reserved.

Produced by Gameloft under license from the LEGO GROUP. ©2019 Gameloft. All Rights Reserved.